End of an era

After more than three years and 276 posts (including this one), I've decided to call it a day. This is the last entry for Diary of an amateur vampirologist. 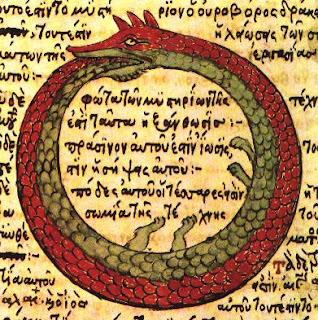 Sudden, I know, but it's been on my mind for a while. It's been a good run, but I feel it's time to move on. I'm proud of what I've achieved with it. I'm proud of the readership and followers I've accrued since kicking it off. You guys honour me with your presence.

I've had the privledge of contributing guest blogs, elsewhere. One for Reading with bite; two for VampChix (this one and this one). Niels mentioned my blog in a paper he presented to the 2009 Vienna vampire conference. Considering the influence he's had on my online writings, not to mention the respect I hold his work, that was incredibly flattering.

Another incredible honour, was the blog's inclusion on Carrie Carolin's 'Best of the Dark Side: 13 great vampire blogs'. Even more so, as we had never been acquainted before!

While writing thing thing, I also joined a vampire 'club' for the first time: the Transylvanian Society of Dracula (I'm still a member). The first article I've ever had published (in print form), was for their newsletter, The Borgo Post.

How about a round for my 'Q & A' participants? Niels K. Petersen, Martin V. Riccardo, Bruce A. McClelland and Thomas J. Garza. They were all great. I didn't know what to expect from their answers, but each and everyone was insightful, open and interesting. Great work, guys!

I've also enjoyed the interaction with my commentators. Our 'discussions' often prompted elaboration and exploration via blog entries. Erwin tipped me off on the source of a so-called 'vampire' picture; I consoled Angela Cameron, after she felt the vampire thing was 'overdone'; I vindicated Elizabeth Miller; and Jonathan forced me to re-examine my conclusions on Peter Haining's source for the nosferatu.

Meanwhile, bshistorian triggered a search for the 'first' vampire and another one for the vampire of Croglin Grange. In doing so, I discovered a coupla pre-Hare sources. I also dealt with a commentator who was kinda pissed off in the way I 'dismissed' Theresa Bane's Actual factual, Dracula: a compendium of vampires (2007). Bane, herself, wasn't too pleased, either. Understandable, but I had my reasons. That said, I certainly respect her work. On a lighter note, Fra Moretta directed my attention to a modern manifestation of the vampire belief.

It's also been interesting seeing what draws readers to this blog. I had no idea my discussion on so-called antique vampire killing kits would be so popular. Honestly. I'd also like to think those who've found my writings on the FVZA, specifically their fake books, have now 'seen the light'. Rest assured, it's not a factual resource, guys.

A lot of others have been lured to the revelation that Johann Ludwig Tieck wasn't the author of 'Wake not the dead', despite popular attribution. I was surprised to find that out, too. Oh, and I'm still amused that others are drawn here by, well, searches for explicit entertainment relating to a certain, popular saga. You know the one.

Well, all good things, as they say, must come to an end. Here's the final stop. Once again, I'd like to thank everyone for reading, for commenting and participating on this blog. I've learned that having your own blog's a great networker, scores you free merch (thanks again, Justin!)—and a lotta spam and requests to review things—as well as great interaction via comments. Ok, not all comments (I'm looking at you, Melody!), but most.

For those worried about all this stuff 'disappearing': don't. I'm not shutting this blog down, but I am closing off comments. You can still wend your way through the goodies inside, but there'll be no more entries here.

I hope you've been enlightened, entertained and, most importantly, inspired in your quest to 'get' vampires. I've pointed you in some pretty good directions, and they've been pointed right back at me! I also hope you'll see that studying the undead doesn't need to be a stuffy pursuit. It can be fun! This is Anthony Hogg, amateur vampirologist, signing off.