Did you believe in vampires?

Last year, I set up a poll asking readers whether or not they believed in vampires. Let's take a look at the results. 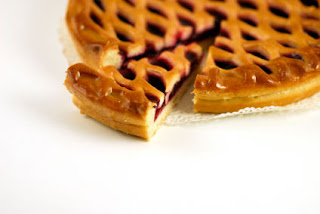 I adjusted the poll to reflect differing interpretations of vampires, which is a source of contention in itself. The informal tone I used for the various 'types' (and reader belief) can be boiled down to the following options:
Voters were allowed to select multiple answers, but I don't know who voted for what or how many options they chose. The poll received 99 votes before closing on 21 July 2011, 11.59pm.

With hindsight, I probably should have split the polls into two, namely, whether or not a reader believed in vampires (a) and, if so, in what type (b). Nonetheless, the results were interesting in itself.

I'll work in descending order here, so I can tell you that the majority of voters - twenty four (24%) - don't believe in vampires, at all, but 21 voters (21%) believe they're living people who 'need to drink blood'. Meanwhile, 18 of you (18%) were undecided, tying with another 18 (18%) who don't believe in the traditional variety, but do believe in psychic vampires. However, 16 (16%) believed in both types and another fourteen (14%) believe in the traditional type. Lastly, thirteen (13%) believed that they, themselves, were vampires. Let's make those figures more palatable:
I'd like to take this opportunity to thank all who voted in the poll. Greatly appreciated. It's interesting to see how neck-a-neck the results were, not to mention the credence given to the living vampire type - and the bloodsucking corpse variety too, for that matter.
Posted by Anthony Hogg at 12:30 PM