As mentioned, I went on an Amazonian book-buying spree recently. Time for a look at the next batch that arrived. 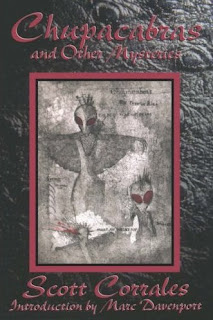 On July 22nd, I received five books in the mail, which were ordered at different times through Amazon or Amazon.co.uk. Not all were explicitly about vampires, though, but have some bearing on the topic.

Title: The uninvited, True tales of the unknown vol. 2 (New York: Bantam Books, 1989)
Author: Sharon Jarvis (ed.)
Date ordered: 14 July 2011
Price: AUD 0.73
Why'd I buy it? I was recently scrolling through Google News Archives for vampirologist articles. Found some stuff on vampirologist, Stephen Kaplan (1940-1995), which mentioned his contribution to this volume. For the record, his contribution - written by the editor (as all the other accounts were) concerned his attendance at a Dark shadows convention (pp. 20-36) at which a 'real' vampire was supposed to be present. I was nonplussed to read that Kaplan had also contributed to the previous volume (p. xii), so I'll have to seek that one out, too. Yeah, I'm a completist. Other than that, there's little scholarly value to be had by books like this.

Title: Chupacabras and other mysteries (Murfreesboro, Tenn. : Greenleaf Publications, 1997)
Author: Scott Corrales
Date ordered: 14 July 2011
Price: AUD 9.02
Why'd I buy it? The chupacabra (goat sucker) was big in the mid-90s. It was said to drain animals of their blood - hence its name - and is essentially a modern-day incarnation of the vampire myth. I also liked the the book's publication date was contemporary with reports and that its author examined both English and Spanish language sources. Also, it's not often you come across a book primarily devoted to the legendary beast.

Title: Vampireology: the true history of the Fallen Ones (Dorking, U.K.: The Templar Company, 2010)
Author: Archibald Brooks (Nicky Raven)
Date ordered: 8 July 2011
Price: £9.38
Why'd I buy it? Honestly? It's one of the few books out there with 'vampirology' in the title. More of a novelty than anything, because you won't find much of use in the book useful for serious research. It's practically a work of fiction, as its narrative recounts the studies and adventures of a vampire hunter and the mythology ('Fallen Ones') behind the vampires he encounters. Such 'handbooks' are almost a subgenre in themselves, even to the point of being 'written' by a fictional character - often a descendant or relative of Abraham Van Helsing, e.g. Vampyre: the terrifying lost journal of Dr. Cornelius Van Helsing (2007) and Raphael Van Helsing's The vampire hunter's handbook (2007). Or, in at least one case, Abraham Van Helsing, himself (Traité de vampirologie, 2009).

Title: A brief history of vampires (London: Robinson & Philadelphia: Running Press, 2010)
Author: M.J. Trow
Date ordered: 8 July 2011
Price: £8.09
Why'd I buy it? Had my eye on this one for a while. The title says it all, really. That said, an inordinate amount of the book's content (pp. 109-330) is devoted to (sigh) Vlad the Impaler. Authors! He was not a friggin' vampire. As Elizabeth Miller has exposed time and time again, his contribution to vampire literature is minimal, at best, namely, his name and a brief biographical sketch. That's it. Enough with the Vlad, already!

Title: From demons to Dracula: the creation of the modern vampire myth (London: Reaktion Books, 2009)
Author: Matthew Beresford
Date ordered: 8 July 2011
Price: £9.72
Why'd I buy it? I've borrowed a copy of this book before and I like the idea of tracing the vampire's evolution. However, this particular copy was a reprint, which I wasn't pleased about. The original was published in 2008. I wrote back to Amazon.co.uk about it and...I'll write about that experience in a future blog entry (don't worry, it was a good one).

Email ThisBlogThis!Share to TwitterShare to FacebookShare to Pinterest
Labels: Amazon