What's Been Going On and Upcoming Books on Vampire 3

Haven't been writing here much, as I've been busy with other things, namely research and going on a book-buying bender. Time for a catch-up and a peek at some forthcoming books I've stumbled across.

Firstly, it's great to hear that the guys behind the 2009 Vienna conference, 'Vampirismus und magia posthuma im Diskurs der Habsburgermonarchie im 18. und 19. Jahrhundert' are finally publishing their book. Got the scoop from Niels. It's currently available on pre-order. I've placed mine.

******************************
Speaking of Niels, his blog continues to blow my mind. Seriously, the guy just reels off his findings on obscure areas of vampiriana like they're nothing. If he's happy sharing that stuff publicly, I can't help wondering what secrets he isn't sharing. Sometimes, it makes me wanna throw in the towel. Some recent stand-outs include an overview of Zopf's famous vampire dissertation; uncovering sources for an obscure 'vampire' case; a source discussing magia posthuma in Poland, Hungary and Moravia; and debunking Stephen Hubner's 'vampire' status. Get your asses over there. 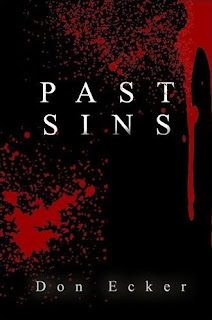 I rarely read vampire novles - or novels in general - but I have been reading Don Ecker's Past sins (Dark Realm Press, 2004). Let's say it ain't Twilight. If you're into your monstrous vamp (as I am), check it out. If you're one of them Kindle folk, click on the cover to buy a copy. 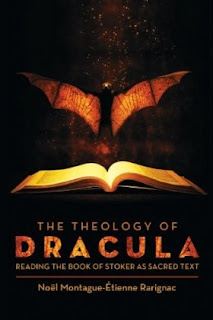 Speaking of buying things, I've found a few more books to add to the 'Upcoming books on vampires' collection. Stumbled across 'em while on the aforementioned book-buying bender.

Title: The theology of Dracula: reading the book of Stoker as sacred text
Author: Noël Montague-Étienne Rarignac
Release date: 19 July 2011 (Amazon); Spring/Summer 2011 (McFarland)
Worth the wait? Firstly, how fuckin' awesome is that cover? Seriously, look at it. Beautiful. As to the book itself, it's clearly one for the Dracula scholars. Another work focusing on literary interpretation, in this case, it 'represents a rereading of the horror classic as a Christian text, one that alchemizes Platonism, Gnosticism, Mariology and Christian resurrection in a tale that explores the grotesque' (McFarland's spiel). If that tickles your fancy, then it'll be the book for you. That said, I am interested in the religious overtones behind vampire texts, so it's definitely on my to-get list.

Title: Theorizing Twilight: essays on what’s at stake in a post-vampire world
Author: Maggie Parke & Natalie Wilson (eds)
Release date: 14 August 2011 (Amazon); Fall/Winter 2011 (McFarland)
Worth the wait? While I can barely repress a groan at another release dedicated to Twilight (I still have to give props to the saga for kickstarting the vampire boom, though), its publisher is a good indicator of quality. McFarland have an impressive track record when it comes to vampire stuff. Check out their vampire and Dracula titles.

Title: Vampires through the ages: lore & legends of the world's most notorious blood drinkers
Author: Brian Righi
Release date: 8 Janaury 2012
Worth the wait? While its title hits the mark in my preferred vampire niche ('lore & legends'), the 'notorious blood drinkers' angle makes me think the book's gonna give the same-old, same-old coverage to Elizabeth Bathory, John Haigh, Fritz Haarmann, et. al. Or, worse: Vlad Țepeș. Its comic book style cover doesn't exactly inspire me with confidence, either. I had a brief peek through Righi's Amazon oeuvre. Looks like he's into ghosts. Perhaps he'll view the subject through a paranormalist lens, which might be interesting. We'll see.

Some interesting facts came to light. Firstly, it became apparent that stories of an apparition in Highgate cemetery had by no means begun with the then current sightings. Indeed, similar tales dated from the Victorian Era and interestingly enough more of them had "vampiristic" connections. One of the common tales of that time told of a "tall man dressed in black" who used to disappear mysteriously through the cemetery wall (p. 34).

In the same article, he also concluded, 'That Bram Stoker was influenced by the Highgate Vampire when he wrote "Dracula" . . . is almost certain' (ibid.). I've been asking Farrant how he obtained this information, i.e. 'oral tales, books, articles, whatever', over at The supernatural world forum. So far, I've been met with sidetracking, personal attacks, obscure allusions and the possibility that he might discuss them, if I explain my spiritual beliefs first - which I'd already done. Several times. Let's say I find it to be a highly unusual way to react to a simple request. Could we be dealing with a manufactured 'legend'? Quite possibly.

While one shouldn't judge a book by looking at its cover, I appreciate your enthusiasm for "The Theology of Dracula: reading the Book of Stoker as Sacred Text". I assure you it offers none of 'the same old same old' that you disdain, but exposes the pointed Truth, advocating for Life Eternal. In it, the mechanism at the Vampire's core is the skin that is exposed to your consideration and contemplation as inside becomes outside, up becomes one with down, black and white are joined though reddening and yellowing, and the cross is projected through the three dimensions that confine us. It will be well worth your wait.

Welcome to my blog!

True, true, I shouldn't judge a book by its cover, but...seriously, man, it is fuggin awesome!

Anyhoo, as to your comments on its - well, your - text, it certainly sounds intriguing.

I've previously mentioned that I am intrigued by works devoted to relatively obscure angles on the vampire mythos and, on that count, your book seems to stand out.

Whether it'll measure up to my expectations (I'm gonna order it after it's released)...we'll see. ;)

I'll say this, though, you'll score bonus points if it's been thoroughly referenced.

Incidentally, have you written anything on vampires before? I don't recall your name in association with - and rest assured, with a name as distinctive as yours, I would've! :P