I think it's pretty obvious that I love collecting non-fiction vampire books for my library. If I go without for a while, impulse kicks in and I go on a spree. 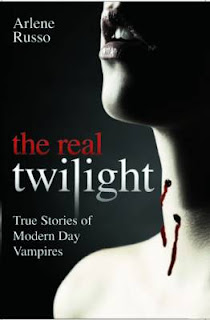 This time 'round, I beat my previous record and hit Amazon and Amazon.co.uk. Hard. Time for a peek at what I've been ordering and why. For this entry, I'll only be covering the ones that've arrived in the post. There's more on the way. I'm leaving out the shipping costs involved, as even a pedantic like me has limits.

Title: Reproductions of reproduction: imaging symbolic change (Routledge, 1996)
Author: Judith Roof
Date ordered: 11 July 2011
Date arrived: 19 July 2011
Price: GBP 8.94
Why'd I buy it? Superficial reasons, really. I read through a few interesting extracts on Google Books a while ago, and seeing as it was fairly cheap, I snapped up a copy. As it turns out, it has a whole chapter on vampires called, 'Unauthorized reproduction: vampires' uncanny metonymy', pp. 139-69. Sweet.

Title: Dracula (Oxford: Oxford University Press, 2011)
Author: Bram Stoker; edited with an introduction and notes by Roger Luckhurst
Date ordered: 8 July 2011
Date arrived: 20 July 2011
Price: £3.13
Why'd I buy it? Bought it for the introduction, baby. It was featured in an article Niels linked to on his blog, which instilled the temptation to buy the thing, wholesale. The discussion of the vampire's modernity got me hooked, because, as mentioned, I'm a big fan of that theory. Unfortunately, this niche interest is only given minor coverage (p. xv). D'oh! Still, at three quid: bargain. The rest of the intro looks pretty spiffy, too.

Title: The real Twilight: true stories of modern day vampires (London: John Blake, 2010)
Author: Arlene Russo
Date ordered: 8 July 2011
Date arrived: 20 July 2011
Price: £5.99
Why'd I buy it? Russo's previous book, Vampire nation (2005) was a breezy read, so I figured this would be more of the same. Little did I realise how much 'same' that would be. I turned the book's title page over, and what did I see in the publication info? 'First published in hardback as Vampire Nation in 2005'. Noooooooo! Redeeming virtue? 'This updated paperback edition published 2010'. Ooh... But then: 'Text copyright Arlene Russo 2005'. Noooooooo! It looks like the book was republished solely to cash in on the 'Twilight' name, especially as Vampire nation was already reprinted (under its original title) in 2008. It's got an awesome cover, at least.

Title: They bite: endless cravings of supernatural predators (Grand Rapids, Mich.: Citadel Press, 2009)
Author: Jonathan Maberry & David F. Kramer
Date ordered: 14 July 2011
Date arrived: 20 July 2011
Price: AUD 2.19
Why'd I buy it? Pretty sure I've glanced through this thing in Borders (R.I.P.) or Reader's Feast (soon to be R.I.P.). Wasn't expecting anything spectacular, but I did like the sidebars. I might've been a bit naive though, because the cover and title lead me to think the whole thing dealt with vampires. It doesn't (pp. 1-126) and a sizeable portion of that is made up of a 'species' dictionary of sorts (pp. 49-126). The rest of the book's concerned with 'hell hounds and monster dogs', 'werewolves and wolf-men', 'cryptids and the science of cryptozoology', 'the unquiet dead', 'hellfire and demons', 'tricksters and seducers' and 'a miscellany of monsters'.

Title: Vampire: Von damals bis(s) heute (Diedorf, Germany: Ubooks-Verlag, 2010)
Author: Nicolaus Equiamicus
Date ordered: 11 July 2011
Date arrived: 20 July 2011
Price: GBP 10.13
Why'd I buy it? This is a bit of a 'blame' Niels one. In a good way. I trust his judgement when it comes to vampire books and he's said some pretty good things about its author. It's in German (which I, of course, already knew), so I can't read the bloody thing, but presume it's instilled with its own inherent value. Who knows. Maybe someday I'll unlock its 'secrets'.

Stay tuned for the next thrilling instalment of 'Amazonian spending spree 2'! In the meantime, I'll keep an eye on the mailbox.
Posted by Anthony Hogg at 5:14 PM

Email ThisBlogThis!Share to TwitterShare to FacebookShare to Pinterest
Labels: Amazon