Firstly, happy Labour Day, whether you're a fellow countrymen or not. Second, it's time for a run-down of my latest vampire-related purchases. 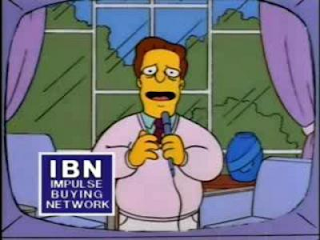 I've deprived myself of buying non-fiction vampire books for so long that I went a little crazy when I logged into Amazon a few weeks ago. On February 20, I thought I'd treat myself and order a coupla books. But hey, why not add a couple more. Yeah, might as well round it off...

Ladies and gentlemen, I bought eight. Not cheap, either, lemme tell ya. Grand total (including shipping)? AUD 395.46. Fu...dge. Thankfully, our dollar's been on parity with the US's. Might as well take advantage of it while I still can, eh?

Anyhoo, onto the books. A few of 'em have come in. I'll give each one my brief impressions as I obviously haven't had time to read them all. Let's start with the batch that arrived on the 7th:

I've been waiting to get my hands on this one for a while. I was expecting it to be a serious rival to Melton's vampire encyclopedia, especially in light of its editor's pedigree. However, despite its subtitle, its primary focus is on vampire fiction. I couldn't help but feel somewhat disappointed that the mythological/folkloric aspect of vampirism wasn't given more coverage. It seems to have more in common with Erwin Jänsch's Vampir-Lexikon (1995) than Melton's broad analysis.

Don't get me wrong, though, this isn't a bad book. It's well-written and has a lotta interesting sources to mine. It's just not what I was expecting.

As I've said before, I love it when vampire books focus on a specific aspect of the vampire myth. Young Adult vampire fiction, to my knowledge, has never been given an overview of this depth. We tend to overlook just how huge that field is. Despite extensive fandom for one saga in particular, we tend to forget exactly what audience those books were written for. I'm sure Overstreet would've had no idea just how huge the phenomena would become when she wrote the book.

That said, it's kinda ironic that she obviously didn't write it for a teen market. It's quite a scholarly work. This'd be the kinda thing you'd use for researching a major assignment or a thesis. That also means it has much more academic value than your standard cover-all-the-bases pop culture trash.

3. Michelle Belanger's Sacred hunger: the vampire in myth and reality (2005)

In contrast with what I said about Overstreet's book, this one's squarely rooted in the vampire subculture. In fact, its author is a founder of the House Kheperu and practices psychic vampirism. Not exactly my bag.

Well, like I said, I'm interested in works that cover specific aspects of the vampire myth and from the extracts I've seen of this thing, it seems Michelle's still objective enough to give the field some interesting coverage. But we'll see, eh?

The next 'instalment' arrived on the 11th. Two books, this time, but both are invaluable contributions to vampire scholarship.

A critic questioned my 'career path' after I had the sheer audacity to offhandedly label Bane's Actual factual: Dracula (2007) as a 'mere catalogue'. In my response to the charge, however, I praised this book. No, I wasn't suckin' up to her, I genuinely hold this book in higher regard than her previous effort. As I said, when used in tandem, they're great.

The problem is, there's a lot of those vampire 'field guides' out there that don't efficiently chronicle their sources. As a result, we're left with a giant cauldron into which everything is thrown in, rather than developing a cohesive representation of the vampire, at least, in keeping with its standing as an 'historical' entity. Admittedly, the more you try and define exactly what a vampire is, the more you unravel the very fabric of the vampire itself. So, while I might not (personally) agree with the 'universality' of the vampire, Bane's given us a great paper trail to follow with each of her entries. Thank you!

5. Erik Butler's Metamorphoses of the vampire in literature and film: cultural transformations in Europe, 1732–1933 (2010)

I've barely read this book, but I know it's brilliant. Whether you question my integrity for the following statement or not, I don't care, but I'm gonna go out on a limb and say this is probably one of the best books on vampires ever written. From what I've seen, it's absolutely jam-packed with info, interesting observations and well-sourced. My view might be tempered by the time I actually get 'round to finishing it (heh heh), but in the meantime, I stand by my call.

Well, that's all I got for now. I'm still waiting on three more books. I'll let you know what they are when they arrive. If you're interested, have a gander at the other books I've got in my collection. However, I should mention that I haven't gotten 'round to chronicling all the vampire books I own, but that's a sizable portion.

Am I missing anything decent? Got any recommendations? Are you a fellow LibraryThing member and you wanna 'add' me? Feel free!
Posted by Anthony Hogg at 5:19 AM