After writing the previous entry, I contacted Christopher Rondina to see if he'd take up my challenge. The resulting correspondence may surprise you. 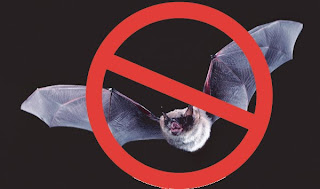 When it comes to writing my exposés, I'm not one to hit-and-run. I allow for benefit of the doubt, as I'm somewhat hesitant to call "fraud!" without some pretty damn solid proof. I deal with that kinda stuff on my other blog, on a regular basis. In this case, I engaged Rondina through correspondence. I sent him an e-mail subjected 'A Challenge' (January 26 at 1:47am):

I wanted to discuss a critique I have written on a certain section of your 1997 book, "Vampire Legends of Rhode Island". Here 'tis:

Are you willing to undertake the challenge I have offered you towards the end of the blog entry?

He replied shortly afterwards (January 26 at 3:05am) with admirable candour and courteously allowed me to reproduce his response:

Good morning, and thank you for your query!

You've clevery stumbled upon a faux pas from my earliest days as a writer - A glitch in my cereer that I had forgotten in the nearly fifteen years since I first wrote about New England's vampire folklore. I would love to be able to dismiss the "bat scandal" by claiming it was a typo or editing error, but the truth is much simpler.

"Vampire Legends of Rhode Island" was not only my first book, but my first serious attempt at writing, and I was, at best, an immature "journalist" when I began the project. As an avid vampire fan, I was also disappointed to see the absence of bats in the original folklore, and I inserted the reference into the 1892 article as a vanity "enhancement" for my own satisfaction. Regrettably, my grasp of ethical journalism was less well-developed at that time than it is today. I like to think I have grown since then, but I hope there will always be people like yourself around to help keep me honest.

Wow. Didn't see that coming! It's rare to see such a frank admittance. Quite refreshing, actually. Reminds me of something J. Gordon Melton wrote in his review of Elizabeth Miller's Dracula: Sense & Nonsense (2000):

She even has the audacity to criticize my books in several places, the pain of which was only slightly alleviated by her own confessions of falling short of the high standard she is setting. But I hope that you were as lucky as I was early on in having a teacher who drilled into me the virtue of being grateful to colleagues who assist us in checking our errors.

Despite the tongue-in-cheek nature of that first sentence, Melton makes a valid point on the importance of criticism. Rondina recognises it, too. To ensure the 'health' of any field of study, it needs to be regulated. Monitored. Watch for bullshit slipping through the cracks. Miller's practically made a career out of it.

If we can dish it, we gotta take it, too, but it's always important to start off with a strong case. When one of my readers, Jonathan, questioned certain possibilities I raised as to why Peter Haining saw fit to conjure a book out of thin air, I was able justify my claims with evidence. He acceded.

Same principle with this 'bat scandal'. All I had to do was chase up the original source. Pretty damn hard to refute that. I didn't title my e-mail to Rondina 'A Challenge' for nothing! Heh heh. He just graciously handed me the smoking gun. Doesn't mean everyone's gonna do that (again, something I encounter on my other blog), so it's a testament to the character of those that do.
Posted by Anthony Hogg at 3:58 AM

Christopher Rondina is a dear friend of mine, and I can honestly admit that I know few people with character and integrity as solid as his. I'm glad you gave him the credit he deserves!!

Indeed, credit where it's due. Can't say I was pleased to find that falsehood, but props to Chris for actually admitting to the error of his ways (and for allowing me to reproduce his response, as a sign of good faith).