I had a brief discussion about the term 'vampiroid' on The Supernatural World forum, in which I said that 'vampiroids' wouldn't be overly thrilled with the term. But it got me thinking, how would they actually handle it? 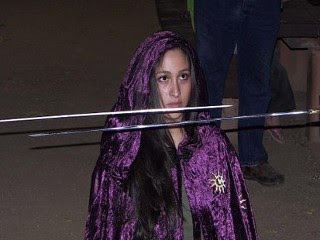 The context I specifically mention is the definition provided by Sean Manchester, i.e. 'Britain's only full-time vampire hunter':

Vampiroids are not vampires. Some actually believe themselves to be vampires. They are not. How could they be when the definition of a vampire, upon examination, is revealed to be a dead body that issues forth from its tomb in the night to quaff the warm blood of the living, whereby it is nourished and preserved? Vampiroids, therefore, cannot be re-animated corpses with an awful supernatural existence beyond the grave. People who either believe themselves to be vampires, or want to become vampires and affect what they construe to be vampiristic lifestyles, even when this is taken to extremes, are invariably vampiroids.

You might not agree with (or believe) Manchester's 'profession', but what do you think of the definition, itself? Is it 'politically incorrect' or accurate terminology? I'd love to hear from people who identify themselves as vampires, perhaps some who've (obviously) been contributing to the poll.
Posted by Anthony Hogg at 3:06 AM