Things That Make You Go 'Whaaa?'

I've come across one of the most bizarre vampire stories I've ever read. It concerns a 13th century Scottish castle, animal carcasses and...the late King of Pop. Best of all, it's recounted as a true story. 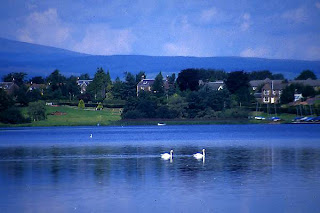 Ghosthunter: Adventures In The Afterlife recounts his most challenging cases but perhaps the most intriguing involves the story he tells today of a Borders vampire with a bizarre connection to the Prince of Pop, Michael Jackson.

He says: "Little surprises me, and even less scares me. But an investigation late on in my career did, on both counts.

"The twists and turns left me speechless and the conclusion came straight out of Hollywood.

And it only gets stranger from there. You can find his book here. Speaking of strange, while Googling about for this article, I came across several sites keen on depicting Michael, himself, as a vampire. There's a Facebook group, a blogger who wonders whether Jackson was a psychic vampire, and, of course, various pictorial representations. Like this one: 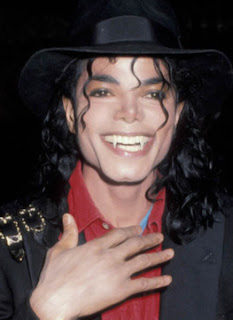 Before Jackson's passing, Auto Loan Daily covered the sale of Jackson's custom Bentley limo, noting, 'Apparently Michael Jackson went through a vampire period, because the limo looks like a modern interpretation of Count Dracula’s carriage.' To be honest, it's the fans who worry me more than this prospect.
Posted by Anthony Hogg at 3:09 PM