You've probably seen these spelling variants bandied about on various websites; especially ones that cover the vampire subculture. So what's the difference between the two? 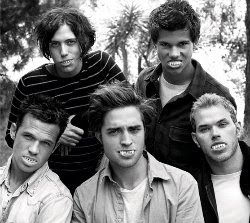 Some proponents of the vampire lifestyle claim that vampire is used to define folkloric, fictional or cinematic variants. You know, the bloodsucking corpse variety. So, they use vampyre to distinguish themselves from this motley crew.

Father Sebastiaan, a major figure in the Scene, elaborates on this distinction in his book, Vampyre Sanguinomicon: The Lexicon of the Living Vampire (San Francisco: Red Wheel-Weiser, 2010):

Our traditional spelling denotes a significant and profound difference between fantasy and reality. Thus the Strigoi Vii, when speaking in short text, spell Vampyre with a capital V and a y. We use the y spelling to designate the term representing Our existence and Our mysteries. For example, when referring to the practice of energy tapping from the Strigoi Vii perspective, one would say Vampyrism. When We spell vampire with an i and lowercase v, it traditionally refers to the mythological, literary, or popular concept of the vampire (8).

While ReligiousTolerance.org might accept such defintions, applying it to vampire studies on a broader basis requires that you completely ignore pre-twentieth century usage of "vampire" and "vampyre".

The still-standard vampire concept and term were introduced to the English language via coverage of the Arnold Paole case, in the March 11, 1732 issue of The London Journal. The term used at the time? "Vampyres". These were obviously not the quasi-mystical variety Sebastiaan talks about.

Not long after that, "vampire" was already making an appearance. Charles Forman's A Second Letter to the Right Honourable Sir Robert Walpole (London, 1733) used it in a metaphorical context when he contrasted the effective use of the Dutch governments' use of taxes against the taxes used by other States for unncessarily opulent projects ("the Rapine of a fat-gutted Vampire" [38]).

Let's skip ahead to the 19th century. What was the name of the first English language vampire story? That's right: John Polidori's The Vampyre (1819). By mid-century, "vampire" and "vampyre" were used interchangably in the penny dreadful, Varney the Vampire (c. 1845). Meanwhile, a then widely-consulted source on vampire history was a chapter in Herbet Mayo's Letters on the Truths Contained in Popular Superstitions (1849) and its subsequent editions. Bram Stoker, himself, consulted one of these latter editions in the preparation for writing his magnum opus, Dracula (1897). The name of Mayo's chapter? "Vampyrism".

So what's the deal with these spelling variations if they were used to refer to the same thing? That's where we get into liguistics. You see, it wasn't just "vampires" that copped inconsitant spellings. Many other words did, too. As with many languages, English has taken a long time to become the standardised form we use today. Thus, certain words became obsolete and archaic spellings are revised. We no longer say thy (your). We hesitate, not hæsitate. And we use the toilet, not the privy.

The very same principles apply to vampyre and vampire. In this case, they're phonetic renderings of the same Slavic term: vampir. As you can see, both terms have been used to describe the same being, that is, a bloodsucking corpse. When it was used metaphorically, it was in context of these same legendary beings. Thus, the distinctions made by Sebastiaan et. al., have no historical basis.

What about Sebastiaan's claim that Stoker's publisher wanted the "vampyre" renderings in his novel changed to "vampire", so they wouldn't sound "too ethnic", thus popularising vampire's usage (9)?

It's a pretty ludicrous claim in light of Robert Eighteen-Bisang and Elizabeth Miller's Bram Stoker's Notes for Dracula: A Facsimile Edition (Jefferson: McFarland, 2008). It clearly shows that Stoker was using "vampire" or "vampires" long before he'd even finished writing his novel. Seven times, in fact (19, 25, 63, 83, 125, 127, 131). That'd be wholly consistant with late 19th century usage, when "vampire" was the common rendering.

So, to sum up, in an historical context, there's no difference between "vampyre" and "vampire". Vampyre is merely an archaic rendering of vampire. If you insist on spelling vampire as vampyre because it's more "authentic", then you might as well regress your modern vocabulary to other archaic spellings like faile (fail), garbidge (garbage) and gullable (gullible).

Don't get me started on the strigoi vii.
Posted by Anthony Hogg at 4:44 PM