I know it's a bit of a longshot, but I'm struck by the similarity the following t-shirt design and a certain book on vampires. 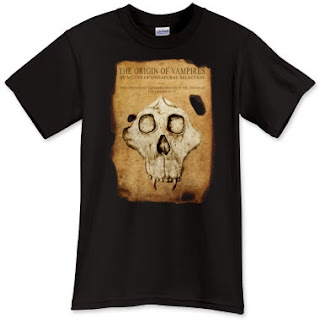 The inscription reads "On the Origin of Vampires by Means of Unnatural Selection or The Preservation of Favoured Species in the Struggle for Immortality" by "Vlad Ţepeş III". We've got Darwin and a certain Wallachian voivode covered. Not the first time real-life works and personages have been attached to fake books.

As to the shirt's similarity to another actual book on vampires, let's start with a close-up of the shirt's design: 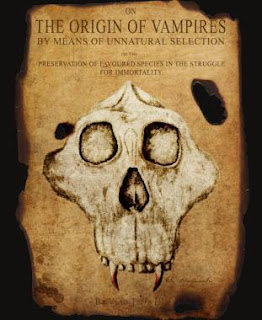 Is it just me, or does it look a little like someone's been inspired by Christopher Rondina's Vampires of New England, rev. ed. (2007): 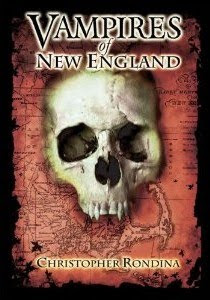 Yeah, I know. A bit of a stretch. Harder to deny the similarities between these two, though. Still, I wonder...
Posted by Anthony Hogg at 7:21 AM